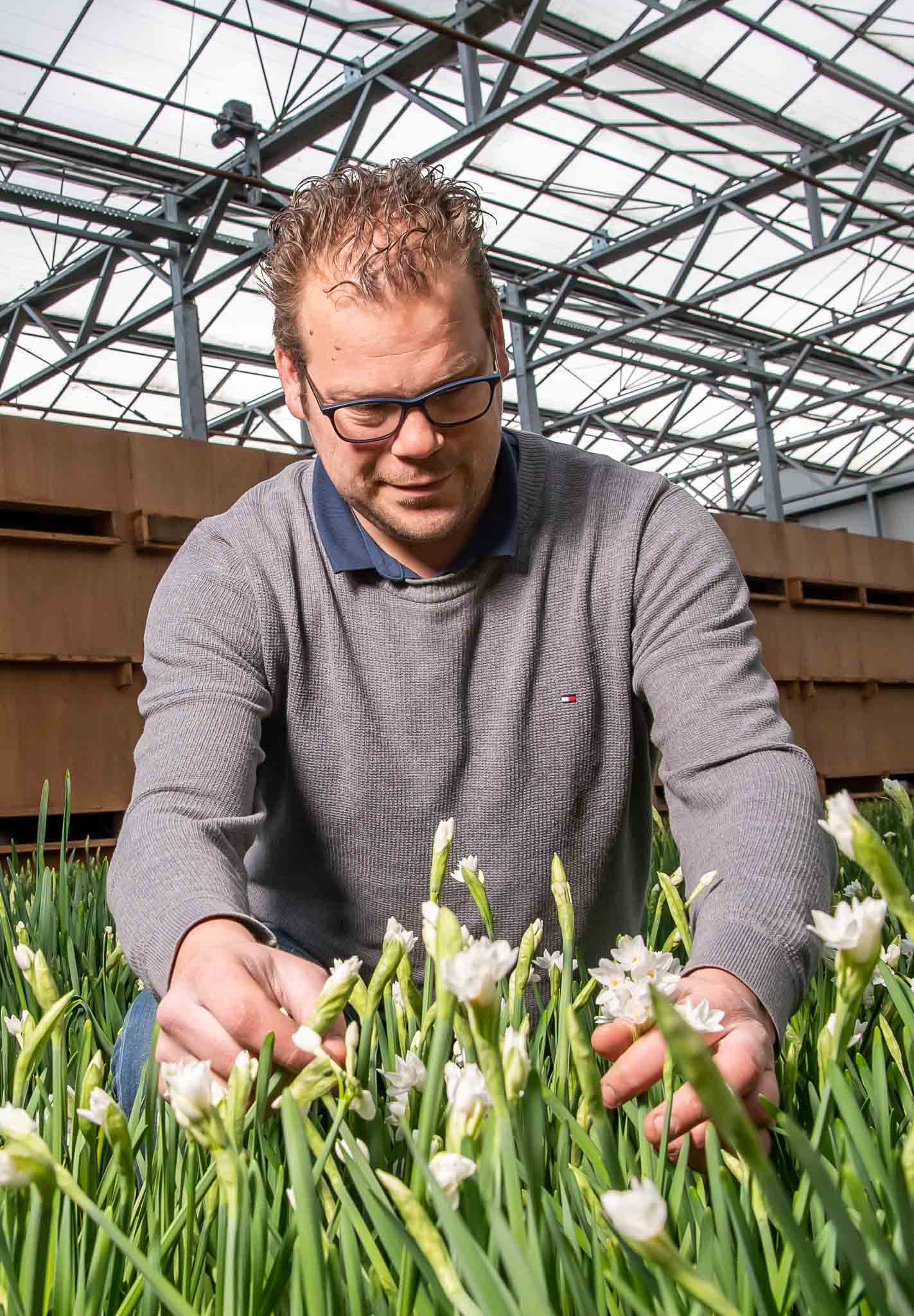 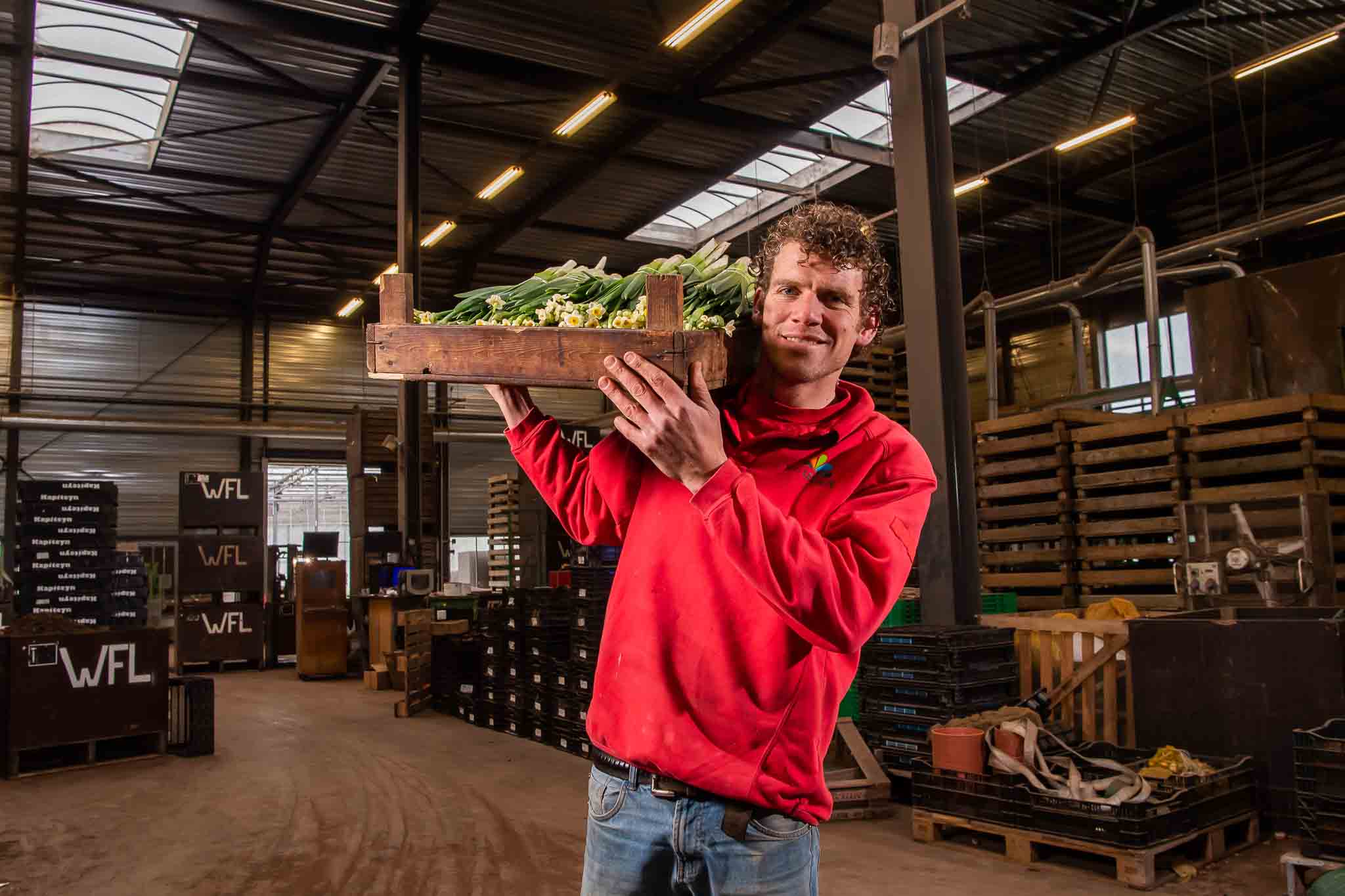 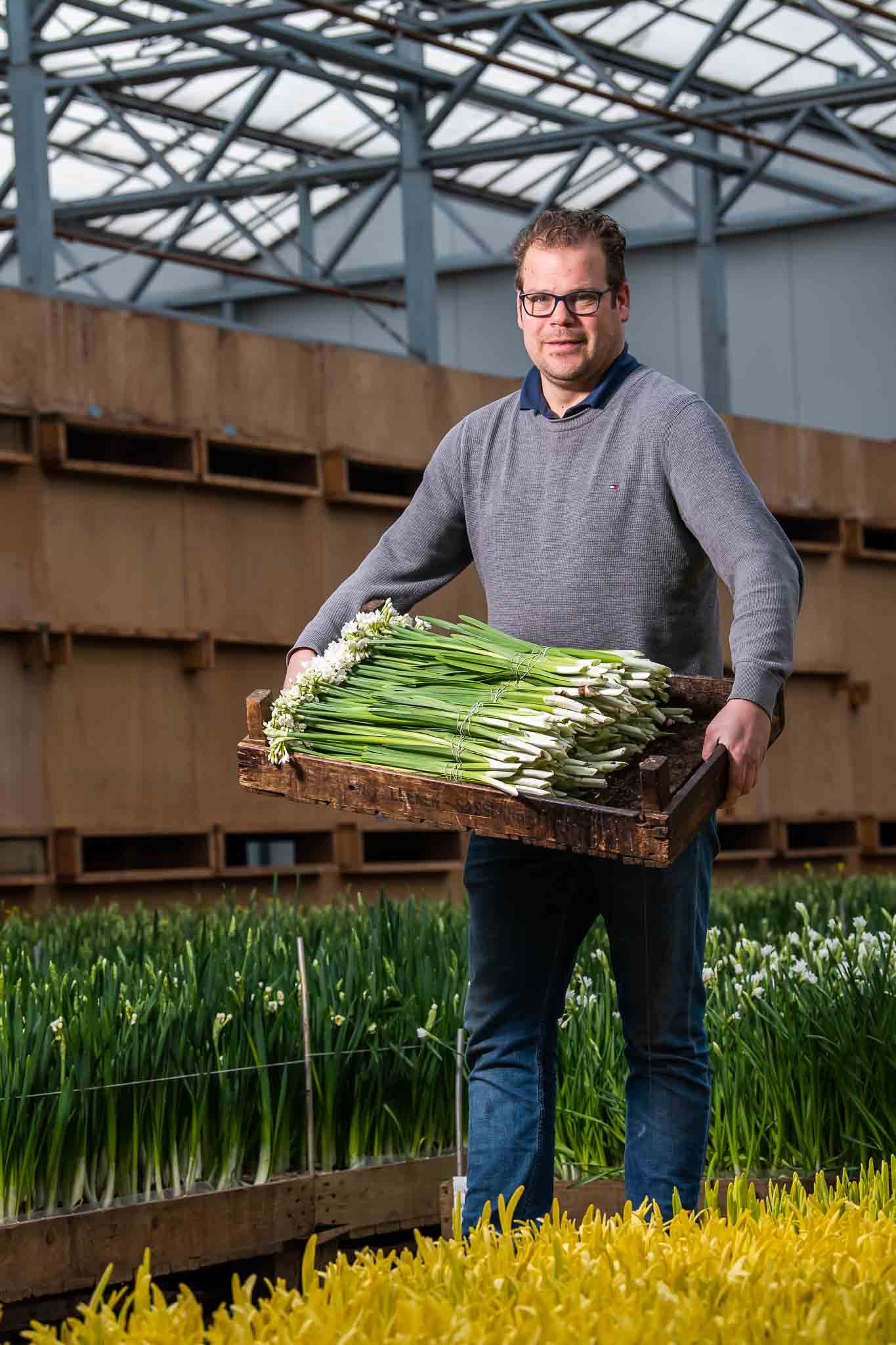 Brothers Jaco and Dirk Leenen are the third generation to run their family business W.F. Leenen and Zn. in Voorhout. The company has been cultivating narcissi since 1954. Back then, grandfather Leenen bred varieties from which Jaco and Dirk are now reaping the benefits because it takes thirty years(!) before a newly bred variety can be introduced. The company has unique varieties of daffodils, which they grow exclusively. For example, they have double-flowered and spray narcissi amongst other special varieties. During the season (October to the end of April), the brothers have a wide range of up to twenty varieties of narcissi available. Only the very best reproduction material is used for the cultivation of their narcissi. The forcing of the narcissi takes place on shells, ensuring clean cultivation by which the narcissi remain free of dirt and diseases. Just like their grandfather, the brothers have a real drive for innovation which has led to cultivating Sonatinis, which are small-flowered varieties of Amaryllis. In total, Jaco and Dirk grow eleven types of Sonatini exclusively, making it a special product that is not yet well-known in the market, but definitely worth discovering!

Buy at W.F. Leenen
Back