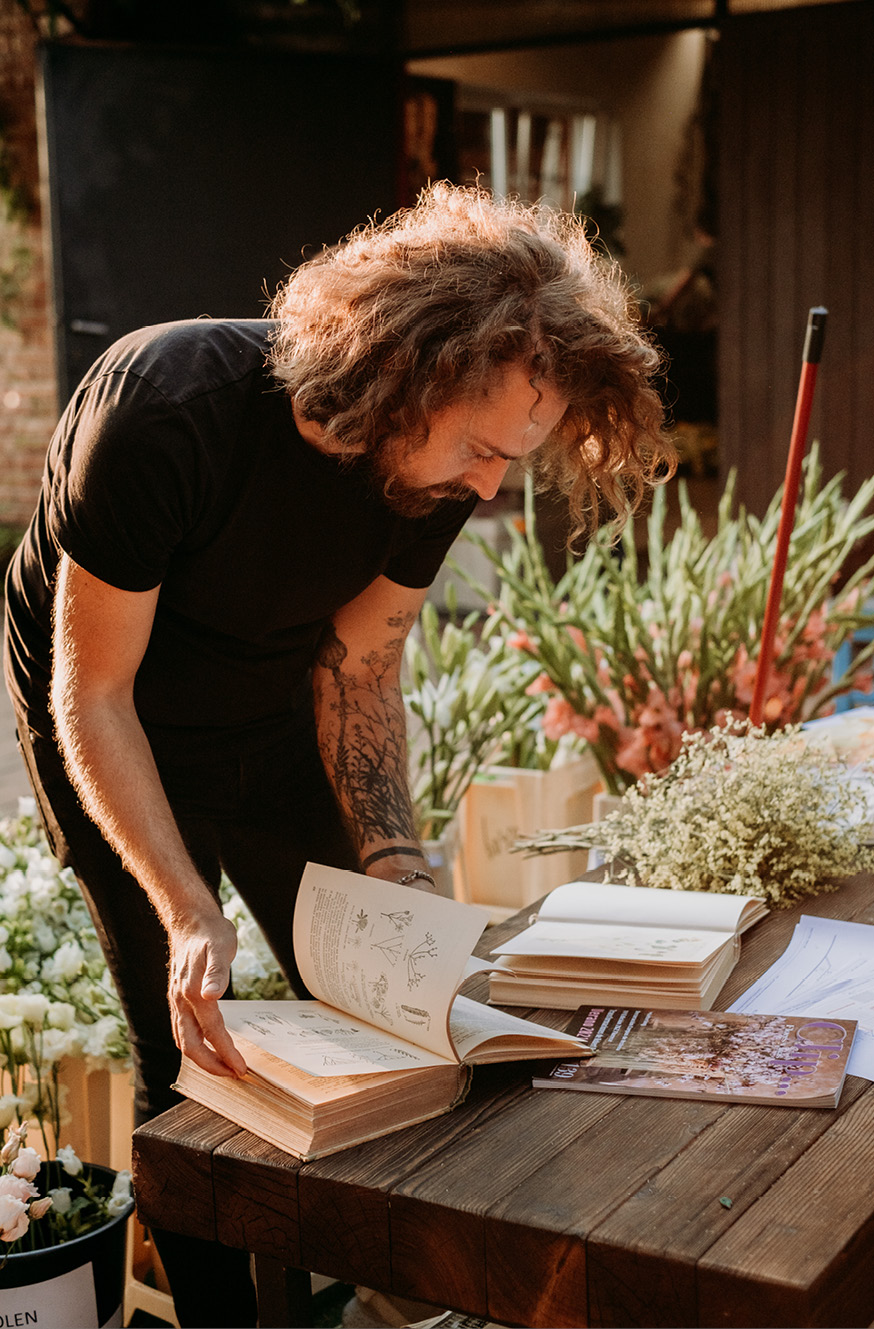 Love for nature and respect for plant material has led Robert Bartolen to his professional life since childhood. From the age of sixteen, he has taken the path of a designer who likes to discover different directions of design. During his adolescence, his main direction – floristry, was associated with garden design, fashion design, scenic creation and also interior design. By discovering these directions, he naturally expanded his horizon.

From the beginning his floristic work was strongly influenced by the decorative style of floristry. He preferred techniques characteristic for transforming natural materials into an inanimate form. His gradual plunge into fashion design allowed him to create works where he processed flowers and plants into unconventional forms. A major breakthrough was recorded by Robert’s work in the creation of NUDE BEAUTY I, II. These collections have been published in several leading magazines around the world, from South Korea, Denmark, Switzerland to Mexico. Robert is increasingly discovering the importance of national floristry and its elements in the form of native plant species through NUDE BEAUTY II. He took full advantage of native plants for his first author’s opening under the title Essence of Life, which is the first author’s ever project composed purely in a vegetative style. Robert transforms poems, music, verses, sounds of nature into florals, and his new vision of floristry comes with all the senses of the man involved in his work. Subsequently, he composes several cover pages for professional floristic foreign media, where he uses purely national flowers and materials. His manuscript combines popularity in a decorative style, which makes the creation of 100% natural material with elements of vegetative style. It is usually placed in the works solitarily and minimalist. In 2019 he composed a collection of wedding bouquets – SLAVIC EPOS, which pays tribute to floral design. It is fully composed of new techniques from original Slavic plant species, based on motifs of Slovak and Czech poems. The collection is placed in a special edition of wedding bouquets for 2020 along with world florists. In 2021 he worked as the main florist for Pope Franticis visit to Slovakia.

Time as a medium is a space dedicated to perfecting the message that Robert brings to his work. This can be perceived by our senses, leaving an emotion. And this is the legacy of his work, which should not be tied to time. It should be tied to the moment we experience in his work. It is a message he wants to leave in each of us, in our hearts.

Robert loves creating objects and is regularly employed at most special and interesting locations. Are you curious about his work? Then follow him on Instagram.