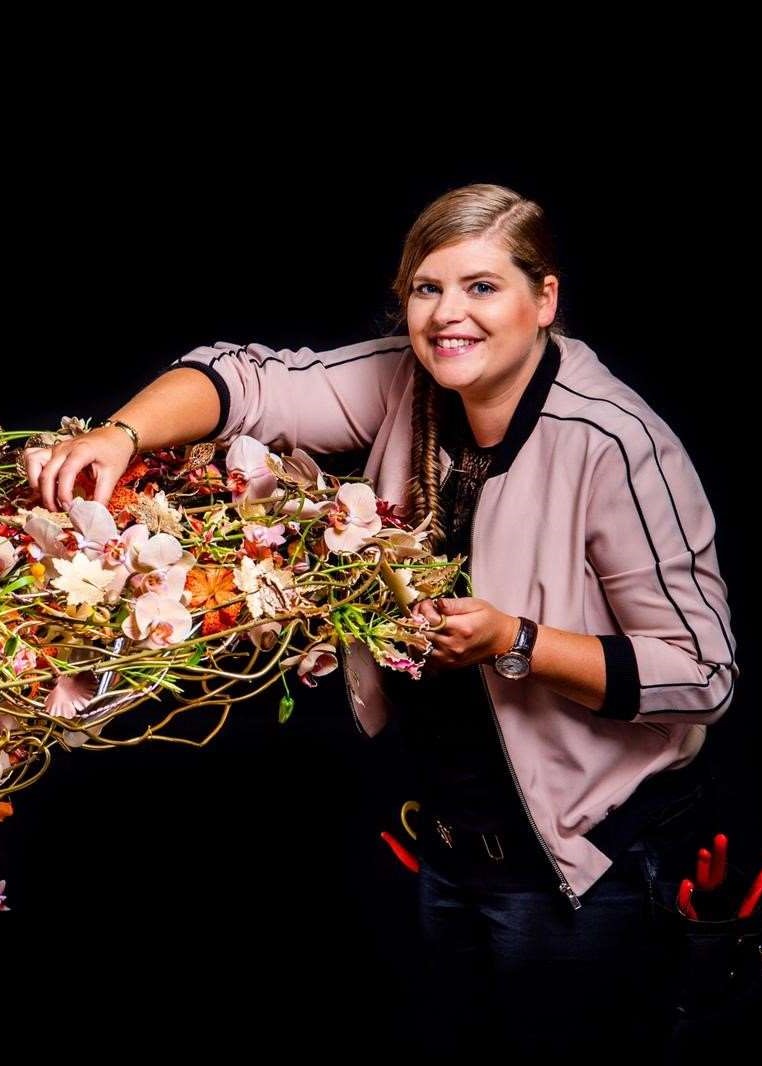 Since Hanneke Frankema was awarded the title of ‘Master Florist’ – at the time the youngest florist ever to do so – her floral life has been a rollercoaster of activity. She regularly flies to Beijing, Moscow, the US, and Europe to give masterclasses and demonstrations.

Hanneke’s distinctive work has won many national and international awards, including winning the Dutch National Championship of floristry 2018 and the Barcelona World Flower Cup 2012. All these achievements naturally earned her a place as a jury member in two seasons of the popular Dutch TV show ‘The Netherlands’ Best Flower Stylist’.